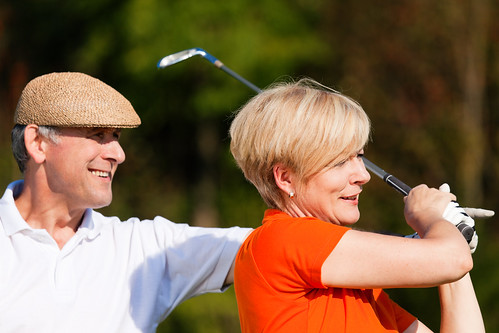 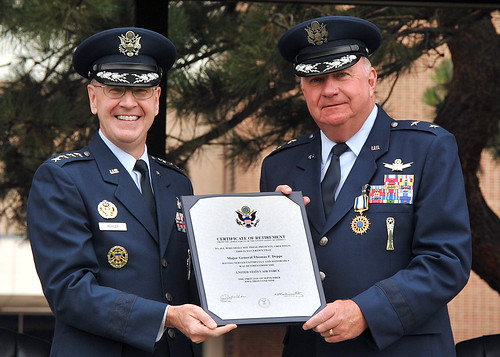 "At that time you were either in college or you got drafted," said General Deppe. "I had just dropped out of college, and then came my draft notice in the mail not too long after."

Convinced by a friend that the Air Force was the way to go, the young Thomas Deppe proceeded to the recruiting office to sign on the dotted line, with little knowledge of the positive impact that signature would have on his life.

"I had no plans on staying in the Air Force any longer than I had to," General Deppe said. "But as time went on and I made staff sergeant in less than four years, I thought, ‘Well, why not stay in a little longer?’ I already had a job that I liked, why would I quit it when I might get something on the outside I didn’t like?"

That "little longer" became 42 years of military service. Putting his enlisted career behind him, General Deppe earned his commission in November 1977.

"It was an interesting switch," he said. "I went from having credibility with my job as a technical sergeant, to a brand new lieutenant with no credibility whatsoever."

General Deppe continued in the officer ranks with the intention of retiring as a captain. In fact, when it came time for him to pin on captain, 21 years of service had already passed. Captain Deppe continued on with his career. In March 1987, continuing to prove himself, he was selected for major below-the-zone, squelching, yet again, his intention to retire. He could have turned down the promotion and went ahead with his plans, but instead he chose to extend his commitment to the Air Force just "a little longer".

"It seems like every time I thought about it, I committed more and more to the Air Force," General Deppe said. "Every promotion requires you to stay in that position for a certain amount of time. I kept getting promoted, so I stayed in the Air Force."

The Air Force can only be thankful that General Deppe said "just a little longer", his solid commitment can be seen through his 42 years of service. Airmen can only be inspired by his commitment. It takes loyalty, dedication and determination. A sense of belonging, a family, a family of…Airmen is what General Deppe finds most rewarding.

This is what General Deppe had to say during his retirement interview:

What is your most enjoyable/rewarding part of your military career?
"You, the ‘cream of the crop’…Airmen just like you are the reason I have enjoyed my military career and found it so rewarding, both enlisted and commissioned. I am proud to belong and will always.

What/who was your biggest influence while you served?
I had a boss, Col. Raymond "Hal" Cleveland; he was the director of intercontinental ballistic missile requirements. He mentored me more on officership and life than anyone else. He also is the person who’s responsible for teaching me how to golf. I am forever indebted to him. Unfortunately, Hal passed away in the late 90’s. I am sure where he is he can see me and what I’m doing…

What made you decide to be an officer?
You have to want to be an officer … I wanted to be one. You have to be up to greater challenges in life. There are two kinds of prior enlisted officers: the really good and the really bad. I’ve known a few in the really bad category. In my case, I was not a very good first-term Airman; in fact, I was probably pretty lousy. I enlisted in the Air Force to avoid the draft, to get the education benefits and to get marketable skills.

Along the way, I realized all the fun you could have and that’s why I re-enlisted. After the fun wore off, I realized I had to get serious about this, and I got sent to NCO prep school, which is now Airman Leadership School. It was the turning point in my career, because it made me realize just how important everything is. I don’t care if you are a public affairs officer or a personnel Airman, or a security forces team member, or even the two-star general in charge of 20th Air Force, everyone of us has a very important role. I had an eye-opening experience. When I realized just how important this business is and just how much I liked it. As a result of this I became a prep school instructor part-time, and then I volunteered to be a recruiter and then attended Officer Training School.

While being stationed around the United States and beyond, what assignment was your favorite and why?
That’s a really hard question, I never really had a bad one. Ironically both of my shortest tours were my favorite, not because of the location but because of the mission. I was a ground launch cruise missile flight commander in Belgium. Back then we were like pioneers, we wrote the rules as we went along and it was really exciting. The second was vice commander at the 45th Space Wing, Patrick AFB, Fla., where we were launching rockets and putting people in space. It was a very busy year, one of the busiest on record. I can’t complain…

Do you have any plans for your retirement?
Well first I’m going to take some time off…I have been going to work every day for 42 years, one month, and two days. My wife and I are going to take a couple trips. After about a few months I will see what is available work-wise. Before the end of the baseball season I want to get back to St. Louis, and catch a couple games.

What do you think you are going to miss the most?
That is easy, the people. It’s always the people. I have such a great love for my Air Force family, the people I have met along the way. I plan to keep them as family for the rest of my life.

Do you have any farewell comments?
It’s been an extremely fast 42 years, I can still remember the day I got on the train and left St. Louis for basic training in San Antonio, Texas. It seems like it was just yesterday and it goes by so fast, but I can remember people at every place I have been stationed that made a difference. I hope that in my 42 years I have been able to make a difference to some people as they have made a difference to me.